Brief history.
The "special-duty" EMD SD45 is a six-axle road switcher diesel-electric locomotive built by General Motors Diesel/Electro-Motive Division between December 1965 and December 1971. Powered by the new 20-cylinder engine EMD 645-E3 rated at 3.600 Hp, this locomotive resumed the design of the SD35, SD38 and SD39 models. Built in 1.260 units, the SD45 was used mainly in road-switcher role on mainlines to pulls heavy freight trains.
The six-axle SD45 diesel locomotive was powerful, but had many maintenance problems. Furthermore, the autonomy was limited (the 20-cylinder engine was thirsty for diesel). However, the locomotive had a great commercial success and was purchased by many companies and served for many years throughout the United States. The 20-cylinder prime mover was experiencing teething issues and had a tendency to break crankshafts, naturally resulting in engine failures out on the railroads. EMD soon fixed the problem by replacing the main engine block with a new design. Meanwhile, many railroads decided to withdraw their SD45 from service, replaced by the new, more reliable and less fuel efficient SD40-2 model. Despite its problems, many units remained in service, mainly appreciated for their great power effort (over 92.000 lbs on maximun power).
The SD40-2 it was an evolution of the SD45, from which other variants were derived, such as the SDP45 (built for use in passenger service featuring a steam generator and water supply) and SD45-T2, equipped with the tunnel-motor version. Around the same time, in the spring of 1972, EMD released the upgraded SD45-2 model, which was virtually identical to its predecessor save for updated electronics allowing for the locomotive to be more efficient. 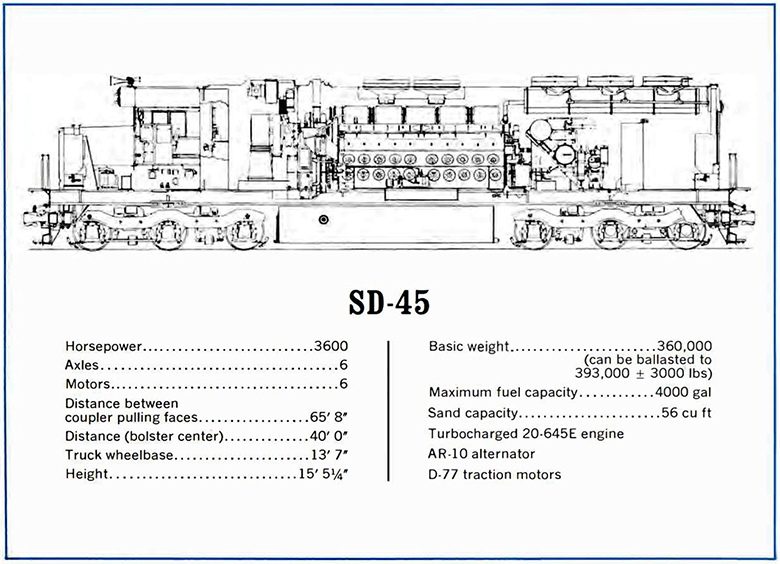 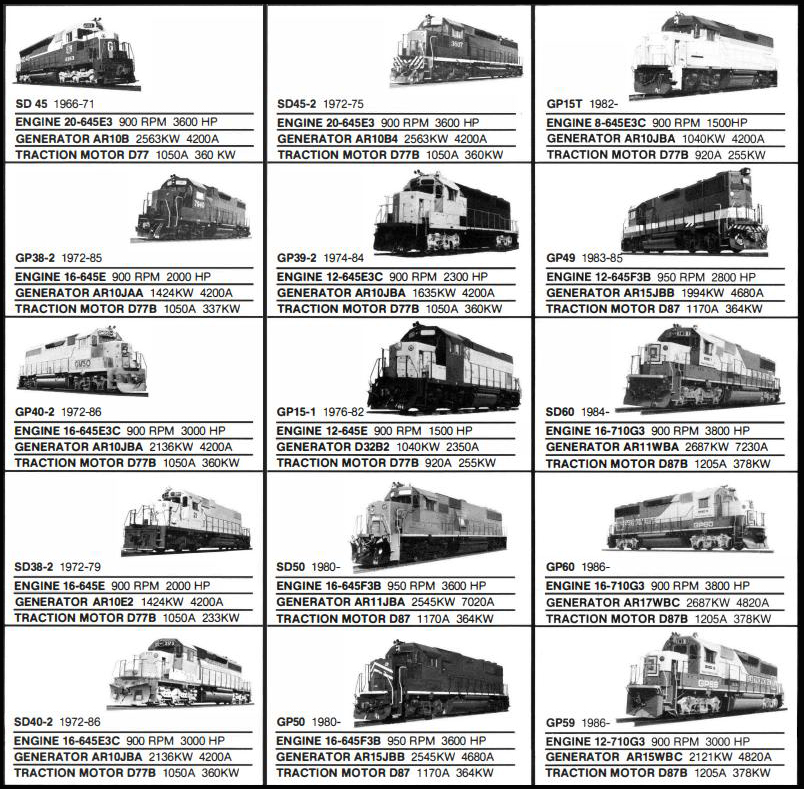 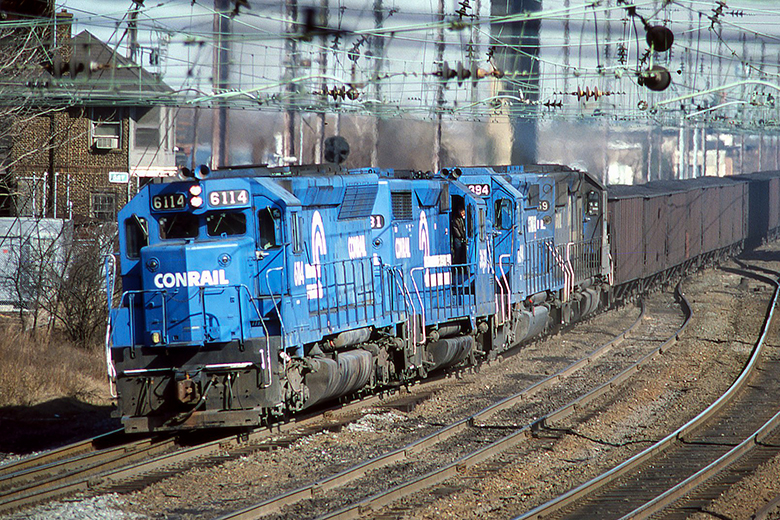 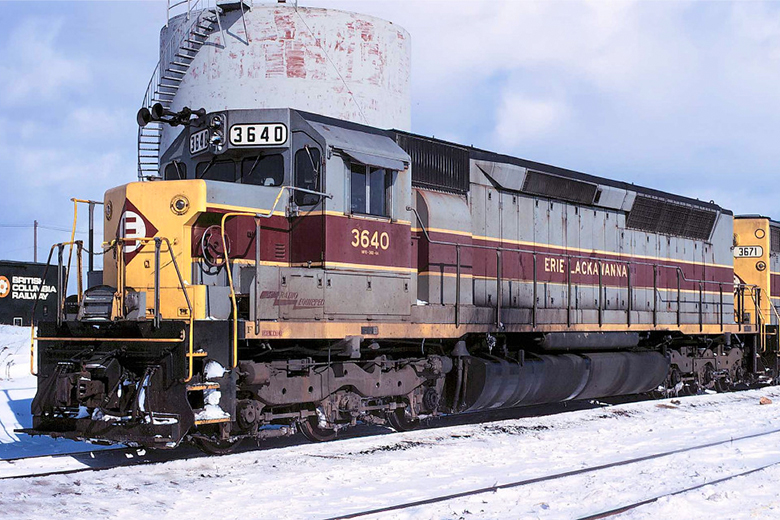 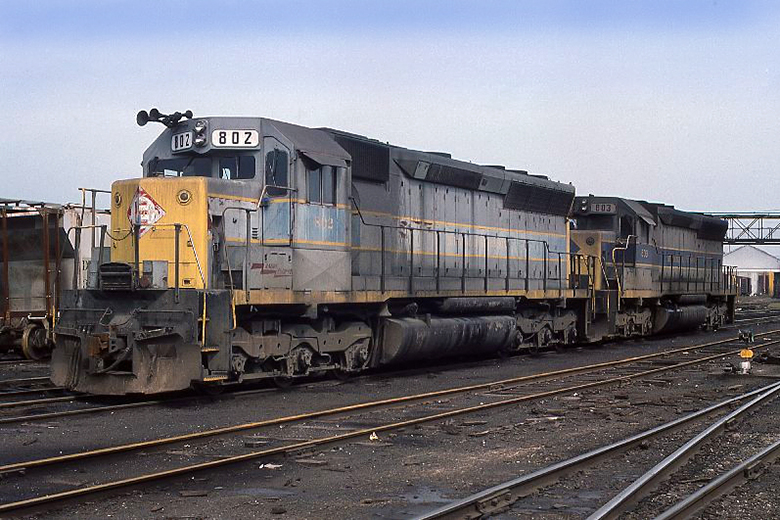 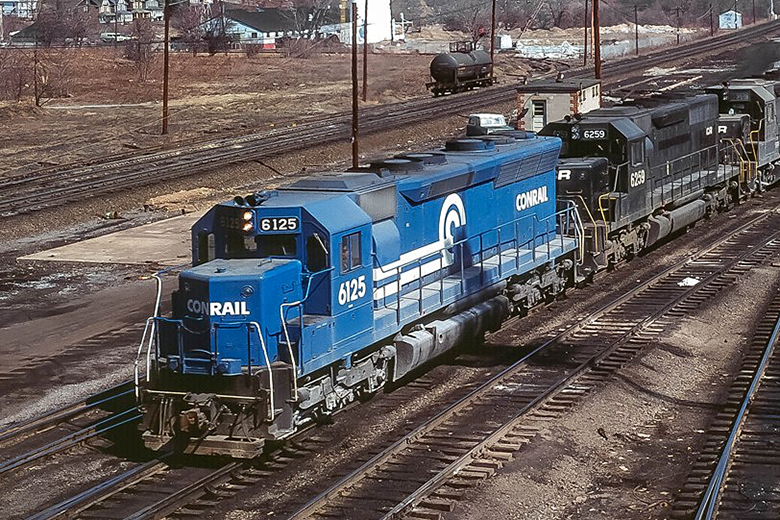 EMD SD45 #6125 (repaint in blu livery from the mid of 1977).
Walthers PROTO 2000 EMD SD45 Conrail #6125
Walthers reproduced the EMD SD45 diesel locomotive in blue livery with some different road-numbers. The engine No.6125 is equipped with an ESU LokSound digital decoder. This item is very detailed, but some important details have been omitted, such as the sanding pipes on the trucks and others. The AT Collection model is improved and averagely custom weathered.